Parts suitable for ZA40 are available in full scope directly from our stock. We serve Ships Propultion Engines and Power Plants.

Having the necessary know-how inherited from ZUT Zgoda Świętochłowice, we are able to satisfy each requisition and we are prepared to solve each technical problem regarding Sulzer Z-type engines.

We cooperate closely with major European OEM makers, ensuring that all the parts delivered by us are manufactured based on the original drawings and present the highest quality.

Certificates are provided for all major or crucial parts. 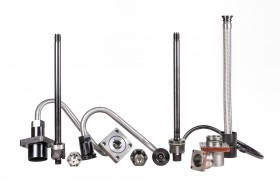 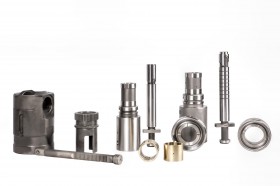 The first ZA40 engine was comissioned in August 1984 for a Dutch Heavy Load Carrier Happy Buccaneer.  Two six-cylinder engines have been supplied by Hitachi Zosen.

In total 27 marine units have been delivered before this engine type had been replaced with a newer type: ZA40S.

Just one engine of ZA40 type  for marine purposes have been built by Zgoda Świętochłowice – eight cylinder 8ZAL40. It is still running on an Icelandic trawler f/v Victoria.

Only one ZA40 engine has been delivered for stationary power generation purposes. It’s been a Sulzer 8ZAL40 built by NSFR France and meant for Public Utilities Corp., Seychelles.

The Sulzer Z40 types are medium-speed, four-stroke, trunk-piston-type engines. They have been available as reversible or non-reversible units and have been characterized  by two particular features: the rotating piston and the cylinder head with intensively cooled valve seat inserts.

They were built as in-line (ZL40/48) and V-type (ZV40/48) engines for marine purposes and stationary applications.

The Z40 was produced in the following cylinder numbers and configurations:

The Z40 engine used to be manufactured on Sulzer license in the following works all around the world:

The first Z40 engine was comissioned in September 1973.

Over the years, until early 90s,  nearly one thousand engines has been delivered, coming mostly from Zgoda Świętochłowice works.